The TEGAM MPC100 is the complete automated solution for calibrating through path and terminating RF power measurement devices from multiple manufacturers. It includes the signal generation, amplification and filtering necessary to achieve or exceed the devices original specifications with the most accurate 100W RF power measurement system available

The basis for the MPC100’s unmatched accuracy is an exclusive flow calorimeter designed to provide low uncertainties and convenient traceability. An internationally recognized portable power standard is used to calibrate the entire system in place. The portable standard can be sent to any national metrology institute to provide traceability at the highest level.

The MPC100 operates in four distinct modes to accommodate both through path and terminating sensors. Figure 1 illustrates the system calibration where the portable AC power standard is used. This automated process is normally performed once per year and the AC power standard can be deployed on multiple systems. Ultimate traceability is accomplished by sending the AC power standard to a national metrology institute.

The working standard is calibrated to its output with the calorimeter. The calibration can be mathematically transferred to the input by accounting for the insertion loss. This enables the normal calibration of a final device to its output.

Figure 3 illustrates the configuration for the final device calibration of through path sensors. Sensors may or may not require a meter depending on implementation. Some sensors can be directly connected to the main control through a USB port and some devices have the meter as an integral part of the sensor. Devices with internal EPROM memory can be reprogrammed with new calibrations factors whereas devices without can be physically adjusted or have a correction table printed.

Calibration of high power terminating devices such as power sensors with fixed attenuators e.g. Agilent 8482B) can also be accomplished at limited frequency points. The MPC100 sources RF energy up to 1000 MHz but many terminating sensors operate at frequencies higher than the MPC100 can source. This does not pose a limit for many applications where the signal of interest is below 1000 MHz. Terminating devices can be calibrated and used within the limits imposed by the MPC100.

Figure 4 illustrates the configuration. A terminating sensor with attached attenuator is calibrated against the Working Standard. This calibrates the sensors and associated attenuator as a combined system to reduce uncertainty and eliminate errors.

Overall operation of the MPC100 is controlled by a purpose built software applications that controls the four modes of operation, coordinates data storage, controls instruments and reprograms sensor memory as needed. It is currently available only in English. 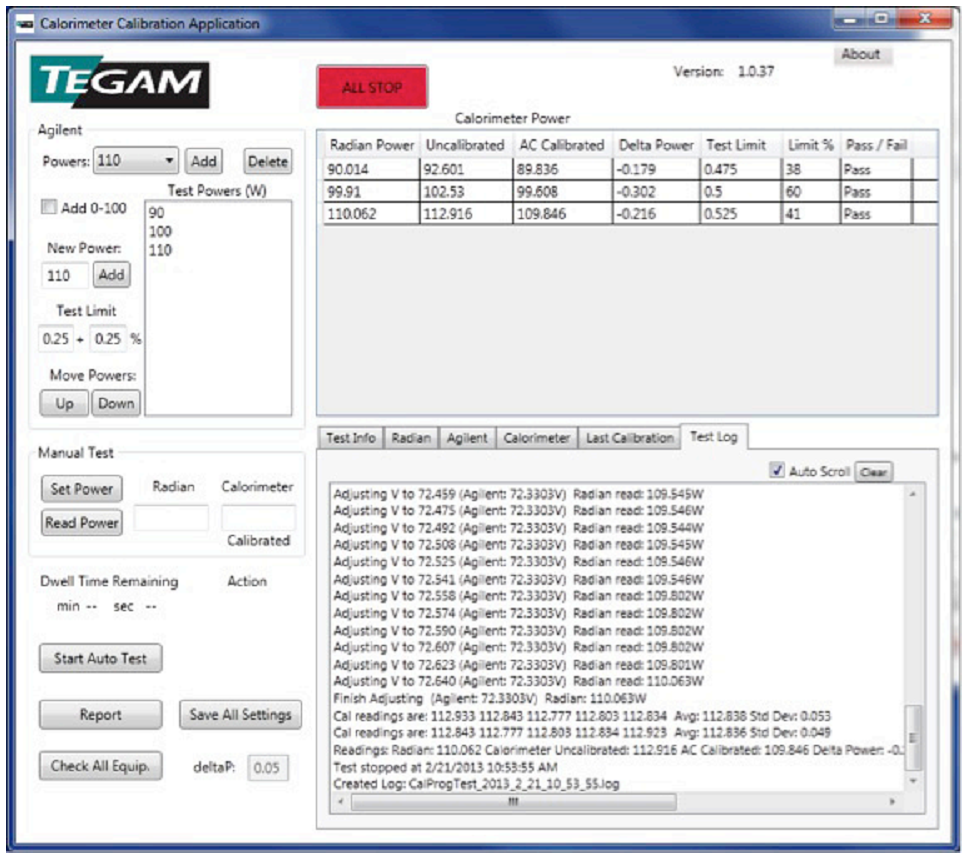