This best-selling model features a contact mode and dynamic mode (by frequency modulation). With extensive functionality and expandability, it is capable of meeting a diverse range of requirements. The revolutionary software interface ensures that the operations for everything from observation to data analysis can be performed with confidence. 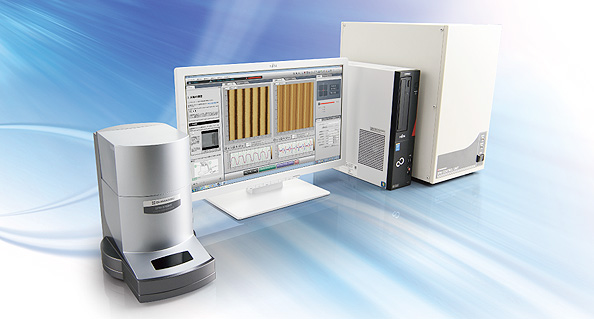 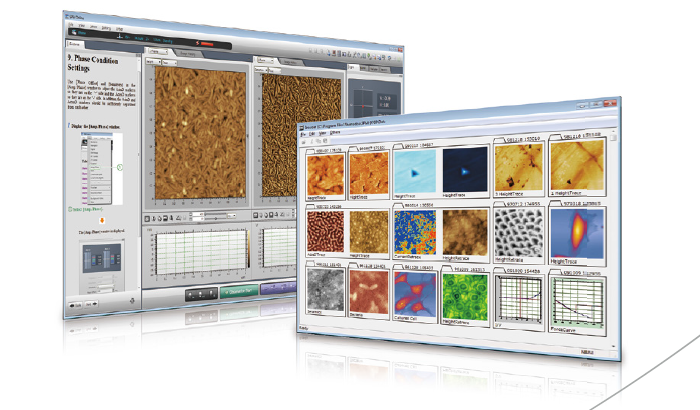 Visualizing the Physical Properties of Nano-Regions on Surface or Interface

The physical properties of external or boundary surfaces can be evaluated by measuring the force acting on a scanning probe microscope cantilever probe as its distance from the sample is varied (force curve measurement).

Evaluating Physical Properties at Any Point on a Film

Force curves were measured at arbitrary points on a ­film surface. The results show that the adhesive force is different at the respective points.

Similarly, physical properties can also be evaluated on small soft samples, such as biopolymers. 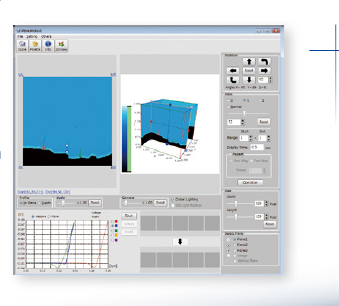 All force curves acquired for mapping are saved. Therefore, the data can be displayed three-dimensionally, or specifi­c cross sections can be extracted for data analysis.

Mapping analysis can be used to measure adhesive force and Young's modulus as well as surface topography. The figure shows a quantitative visualization of the Young's modulus within a localized area only 300 nm wide on a plastic film surface. (Sample source: MORESCO).

Application example: Evaluating the uniformity of a polymer material surface

Adhesive Part of an Adhesive Tape 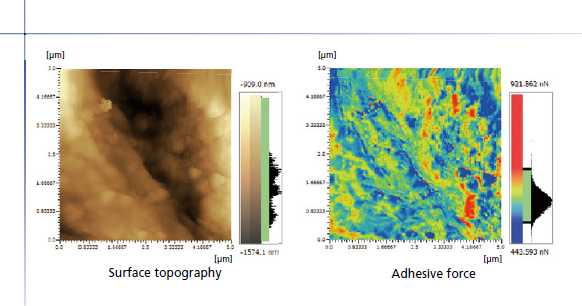 These images are from an evaluation of the adhesive part of an adhesive tape. They show that the adhesive force is distributed non-uniformly. This demonstrates how the system can be used to evaluate adhesive properties, which were difficult to evaluate using conventional methods.